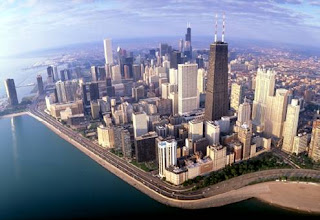 As many of you may know, the ABE makes its home in Chicago, the third largest city in the United States.

Here are some famous attractions and people that call Chicago home:

Willis Tower (previously known as the Sears Tower) and John Hancock building, two of the tallest in the country.

Museum of Science and Industry

The country’s oldest and one of the last remaining free public zoos, the Lincoln Park Zoo

Vince Vaughn (who appeared in several Chicago shot movies including The Breakup and The Dilemma, which is set to release in January 2011)

Chicago is also the hometown of the current leader of our country, President Barack Obama.

What famous people are from your city or town? How about famous attractions? Let us know.
Posted by Nancy at 9:04 AM